What Our Clients Are Saying

Royce Landman and his staff at RCL Systems saved us considerable effort and cost by rescuing one of our main workstations. (Dell Precision T5500 with a terabyte mirrored RAID array drive configuration.) The machine is still under Dell service warranty, but Dell was almost useless and probably dangerous in their attempt to “fix” our problem.

We had a power failure, and before I could completely shut down the system, the UPS shut down early. No problem; wrong. It would not reboot. I called Dell and they said I had a failed RAID drive. Sure we knew that, but we needed a new drive to replace it. They sent a new drive with tech and installed it. Now the trouble really started. Dell Professional Support explained how to recover the system from the other drive. After about 5 hours, they could not get the other drive to “repair the RAID.” They suggested that we resume the following day. I said no. Risk of complete failure was too high.

I called Royce and he said to bring the machine to his shop. Good idea. I took the box to them on a Friday afternoon along with the “failed drive” and all the external backups we had for this machine. RCL discovered that the “other good RAID” drive was unable to rebuild the twin. The Dell assistance probably destroyed the “good” RAID pair. However, RCL was able to bring up the “failed drive” and recover the entire RAID array and all files. The system was completely up and running on the following Monday. After I tested the machine in their shop, I found it good and had them add a 4 terabyte non-RAID drive.

We are delighted with the result and the service we received from RCL and the daily telephone updates about the recovery and rebuilding process. We should have taken our problem directly to them. The Dell detour almost cost us a complete machine rebuild. 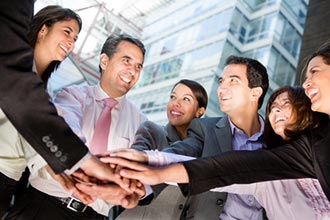 Do you know someone who you think my benefit from our services? Let us know and we will get in touch with them!